Unexpected New Deity - What do you know about Hel?

I just got back from seeing my local tarot reader. What was supposed to be a general reading turned into a deity reading. Immediately upon starting, my reader was contacted by the deity and she gave me a look that made me nervous. After reading the cards and pulling a few extra, we got confirmation that it was Hel.

I gave a sigh of relief because when she said a deity was there, I panicked and immediately thought of Loki.

So now I’m on the hunt for information on my new deity. Anyone have good sources on Hel? I haven’t looked yet because I’d rather take recommendations from my coven than random Google searches. My reader gave me suggestions on offerings and altar set up so I’ll work on that today.

Thank you in advance!

PS - I already work with Hades so I’m not too surprised she reached out.

So, I’ve never worked with or interacted with Hel personally but I know a few people who do. I’m about to info dump some resources and videos on you that I know are reputable

I hope you don’t mind that!

Hel: The Norse Goddess of Death | Demonic Queen or Caretaker of the Dead?

This video is by Ocean Keltoi. He is an amazingly knowledgeable creator and academic in regards to Norse polytheism and deities. 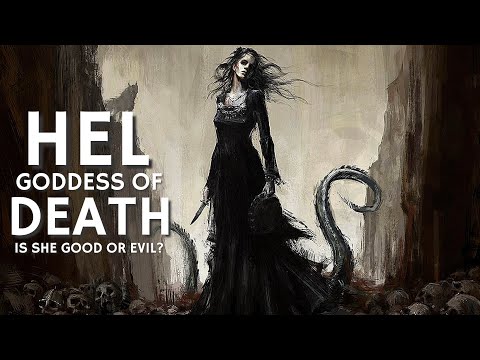 This video is by Kelly-Ann Maddox. She’s been working with Hel for a while. Although she works with deities through the lens of Chaos Magic and archetypes, the information she shares about Hel is accurate to the best of my knowledge. 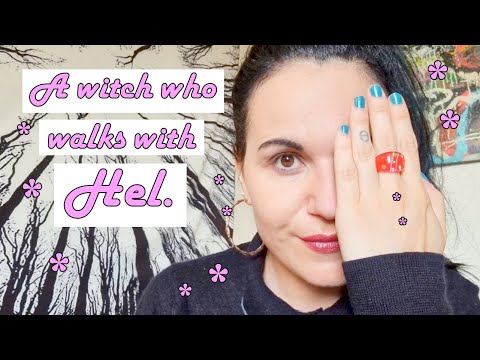 Someone in a Discord server I’m in has recommended a book titled “Road to Hel” as a good resource for learning about her, too! Hel (Old Norse Hel, “Hidden”[1]) is a giantess and/or goddess who rules over the identically-named Hel, the underworld where many of the dead dwell. Her name’s meaning of “Hidden” surely has to do with the underworld and the dead being “hidden” or...

I know you probably already have access to the Wikipedia article but it’s a good place to get more resources. Scroll down to the bottom and see what their sources are. Hel (Old Norse: [ˈhel]) is a female being in Norse mythology who is said to preside over an underworld realm of the same name, where she receives a portion of the dead. Hel is attested in the Poetic Edda, compiled in the 13th century from earlier traditional sources, and the Prose Edda, written in the 13th century. In addition, she is mentioned in poems recorded in Heimskringla and Egils saga that date from the 9th and 10th centuries, respectively. An episode in the Latin work Gesta Danorum, wr...

This particular site looks okay but without the knowledge of the Norse deities I can’t verify things 100% so be sure to cross reference.

I don’t mind at all @MeganB!! Thank you for the great starting places. I did start with the Wikipedia because I was well, it’s gotta have some truth to it right.

“Road to Hel” popped up on my quick Amazon Kindle search. I’ll download a sample and see if I think it’s worth buying.

I’ll be sure to check all these sources out. Thank you again!!

Hi @Amaris_Bane, I have studied this quite a bit and also just love Jackson Crawford’s Norse channel and he has 3 videos that focus specifically with Hel. Personally if I were going to begin working with Hel, I would look at how she will help in my journey, what are her talents, then after that maybe study more about her in general. There’s not tons of information about her and she even is considered only the Queen of underworld and not a Goddess to many Norse mythologists, so there’s that perspective in that region as well. This is a great article that I like that talks about how she will help heal your soul and helps you let go of your past. There are also meditations.

How Norse goddess Hel can help you release the old (and bring in the new) -...

Who is Hel? Hel is an enigmatic Norse underworld queen and goddess of death. Her appearance is striking – half-light, half-dark – symbolising life, death and the bridge between worlds. Image of Hel by Hillary D. Wilson from Goddesses, Gods and...

I also like this oracle deck (I have it), it’s not expensive:

Have fun on your journey with Hel

Thank you @jan_TheGreenWitch! From what I can see so far, she’s going to be helping me heal in a similar manner as Hades has been, just from a different perspective. As I’ve done shadow work and self-reflections I’ve come to the realization that I have childhood trauma I was unaware of and I’ve carried some negative habits on with my from generations of women on my mother’s side without even realizing I was doing it.

I’m looking forward to this journey and to continue healing. I’ll definitely add these to my list. And the Oracle cards are in my Amazon cart for hubby approval (I have a slight Amazon addiction so to try and curb my spending I ask him permission to buy things. He’s never said no but it makes me stop and think “Do I really need this? Do I really want to ask him about buying this?” Cut my spending at least in half.

I looked and looked for information about Hel but the information I found was confusing. One article said she wasn’t a God, Another that she was. I came away with a good, bad, and ugly vibe but The Norse gods are too… earthy for me. Sorry
Garnet

@Amaris_Bane gosh we could all loose our life savings on $15 - $80 oracle and tarot decks we want lol… so I totally understand!!

I am excited for you on this healing journey to rise above your raising! With love,

I’m sorry that I have no resources to offer, but you have quite the start for your research on Hel. I had never heard of her before! I’m interested in your experience with her. Please keep us posted!

@Garnet Yes, I’m seeing that as I’m reading through things! She very much both a goddess and Queen of Hel/Heilhem in my eyes.

@jan_TheGreenWitch you should see my wish list, lol. I think I have roughly 20 decks on there right now

@Siofra_Strega My only knowledge of her before today was the Marvel movie Thor: Ragnarok. And by what I’ve read so far and seen on blogs/reddit, it was a very poor portrayal.

I think (forgive me), I first heard of her in one of the Thor movies.

She was the 1st born of Odin and he banished her when he could no longer control her. She escaped her prison and took Thor’s eye,: in battle. hammer:
This may be true but it could also be the idea of creative scriptwriters, after all, the most I know of Norse mythology is from comic books.

I work with her, Hers is one of the names of the deities i honor weekly, she is quite good and known to the greeks as Persephone, and Mesopotamians as ereshkigal, and many many more names around the world back to the time before time recorded and will teach you many things

known to the greeks as Persephone,

So Hel and Persephone are one and the same? I thought they were different aspects of the Dark Goddess. If they are the same, that would make since on why she would come to me, I work with Hades already.

Hel[a] (Kashubian: Hél; formerly German: Hela) is a seaside resort city in Puck County, Pomeranian Voivodeship, Poland, located on the tip of the Hel Peninsula, some 33 kilometres (21 miles) from the Polish mainland. The Kashubian village of Hel was first mentioned in 1198 as a centre of herring trade area named Gellen. In one of the Danish chronicles of 1219 it is mentioned that a damaged ship of King Valdemar II the Victorious was set ashore on an "Island of Hel". By the 13th century the vil...

I wonder if the “Island of Hel” is at all related to the diety?

Apologies I’m not much help on this one

Luckily, it looks like you’ve got some wonderful advice from others- wishing you all the best as you learn more about Hel, @Amaris_Bane!

So Hel and Persephone are one and the same?

I don’t think they’re necessarily the same. This comes down to how you view deities – we had a discussion on that topic in this post Hard and Soft Polytheism [VIDEO] – but they both could be considered aspects of The Dark Goddess from two different cultures.

@Amaris_Bane I know of Hel, because of my interest in the Norse, but havent worked with her. @MeganB thank you for all the information.
Bookmarking this post !
Bless-ed Be,

I am reading "the Dark Goddess: A Journey into the Shadow Realms by Frances Billinghurst and this is what it states. That they are not the same but different aspects of the Dark Goddess who represent different things. I haven’t gotten far enough in to know the difference between all of the aspects but the author discusses that there are 13 across various cultures. It’s an interesting read so far.

Now you got me thinking

. I’ll have to see if I come across any references in my research!

@Amaris_Bane – that’s an interesting concept, for sure. I’m not too knowledgeable on the concepts of Dark Goddesses, archetypes, or the cultures that the aspects come from. It sounds like a form of soft polytheism.

Oh yes! Please let me know if you happen to find any connection between the location and the deity- I’m curious now as well!