What Does The Moon Symbolize? Initiation, Cycles, Change

The beautiful Moon is an antidepressant. Love for her light is in every heart because she is so friendly, loving, and forgiving. - Debasish Mridha

I came across that wonderful quote online and decided to share this post for this Weekly Witchy Challenge!

What is the Moon a Symbol of?

I prepared a short video on the meanings of the Moon, its symbols and its influence across different cultures of the world. 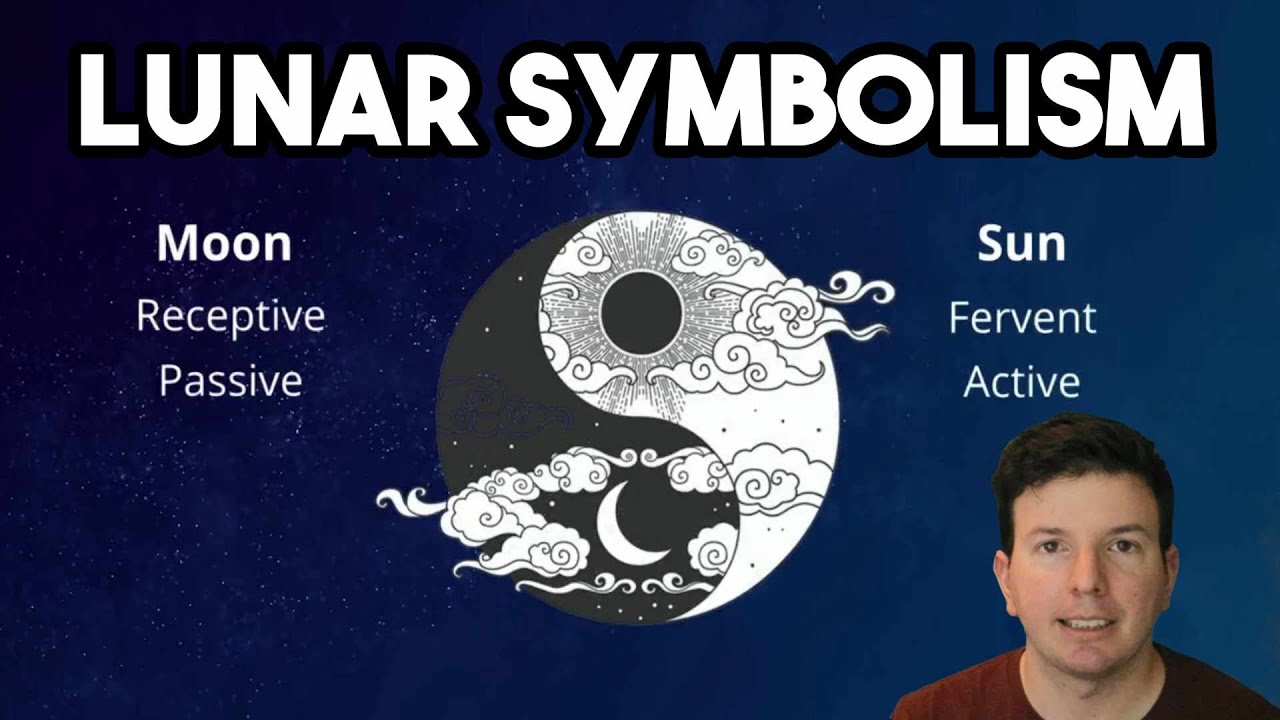 The symbolism of the moon has a lot to do with the sun. Because the moon does not have its own light, instead it is a reflection of the sunlight. So if you’ve ever seen the moon and the sun connected in a symbol, this means that they represent a sacred union. The Moon symbolizes the passive, receptive side. This would be the Yin, while the sun is Yang, the active force.

Meaning of the Moon symbol

The Moon is different from the sun, as it shapeshifts as it goes through its different phases. The lunar cycle represents rhythm, change, and renewal. This is what the phases of the moon in a symbol or tattoo could represent.

The Moon affects the tides, and also the rainfall; so it is a symbol of fertility. It is assimilated to the waters of Creation, the fecundity of the womb, and it is a symbol of biological cycles or rites of passage.

What Does A Full Moon Symbolize?

The Full Moon can be seen as a symbol of comfort and protection, as it provides very powerful light in the dark of the night.

What Does the Moon Mean In Astrology?

In Western astrology, the moon is said to represent the emotional nature of the individual. It characterizes the inner child that we all carry within and that represents our past, our identity, and how we change over time into what we are today.

In astrology, your moon sign indicates what kind of person you are on the inside, and how you emotionally react to experiences and those around you. It represents your emotional side, your feelings, intuition and memories.

What does the Triple Moon symbolize?

The Triple Moon is a popular Neopagan symbol used to represent the Goddess. It shows 3 different aspects of the lunar cycle, waxing, full and waning, which correspond to the triple aspect of the Divinity: Maiden, Mother and Crone.

The Triple Moon can represent initiation ceremonies, and rites of passage, birth, death, and rebirth as an endless cycle. It is a symbol of the stages in a woman’s life, or the lunar cycle as a sign of intuition, the divine feminine, the Goddess.

Do you have any plans for the Full Moon? I’ll be doing some meditation as I’ve been feeling restless during the last few days of this coming supermoon so hopefully that will stop afterwards.

I hope you have a very Blessed Full Moon tonight!

This is a great bit of information @Francisco! Thank you so much for sharing!

Francisco,
I am thinking of getting a tattoo The Triple Moon would be a good one! Thank you for all your information about the moon. I had no idea the crescent

moon was made it to flags in the Islamic culture! The moon is worshipped all around the world

I love that the moon is worshipped all around the world!
Jeannie

thanks @Francisco for another wonderful presentation!!!

Thank you for the kind comments!!

@Jeannie1 Yes, it’s incredible how important the Moon was for some cultures! I made a separate post about the flags

and Moon Worship around the world. But if you think about it, the US flag also has a sky wth stars

, and my country’s flag has the sun on it

! They are all powerful symbols.

Wonderful information Francisco- thank you so much for sharing the light of your wisdom with us!

There is a sense of security and belonging in howling at the moon.

It’s interesting that you mention this- I’ve always felt a pull to “howl” at the full moon. I always thought it was just all the excitement that comes from seeing the full moon in all its glory, but perhaps its some deeper energy!

Thanks so much for sharing this, Francisco!

I hope everyone enjoyed a very blessed full moon

Thank you so much! I love learning about the moon & moon signs. I especially like printables. You did a great job putting this together for us. I have to do a mediation soon for the same reasons. I have been antsy since the weather has gotten better.