🌱 Imbolc Prayer, Correspondences and Rituals! How to Celebrate Imbolc Alone

Imbolc is the pagan celebration that takes place between the Winter Solstice and the Spring Equinox.

The origin of Imbolc is an ancient festival belonging to Brigid, the Celtic goddess who, in later times, became famous as a Christian saint in Ireland.

Bríg, Brigid, or Brigit, also called Brigantia (Celtic: High One), is an ancient Celtic goddess of the poetic arts, crafts, prophecy, and divination; she was the equivalent of the Roman goddess Minerva (Greek Athena).¹

The Meaning of Imbolc

The etymology of Imbolc/Imbolg is unclear. The most common explanation is that is comes from the Old Irish i mbolc, meaning “in the belly”, and refers to the pregnancy of ewes.

Symbolically, the seed that was planted in the winter solstice is growing. Imbolc honors the seeds that are under the Earth and starting to germinate.
This sabbat is also a celebration of daylight, as days are visibly becoming longer and encouraging us to prepare for the busy season ahead. 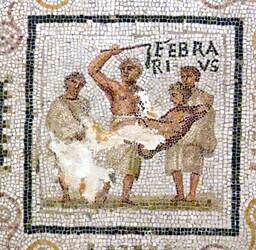 Februa celebration573×558 65.8 KB
The word “February” comes from the Roman “Februa”, which was the name of a purification feast held in this month. Imbolc is a wonderful opportunity to return to the original meaning of February and take part in cleaning (both physical and spiritual).

The Meaning of Imbolc in Wicca

Yule is the time where Wiccans celebrate the return of the light. But in early February there’s even more sunlight so this is an even better time to honor the rebirth of the Sun.

Steward Farrar speaks of this holiday as the celebration of the restoration of the Goddess after giving birth to the child-God-Sun. The Wheel of the Year turns once more, to infuse more Fire and Energy upon the Earth. 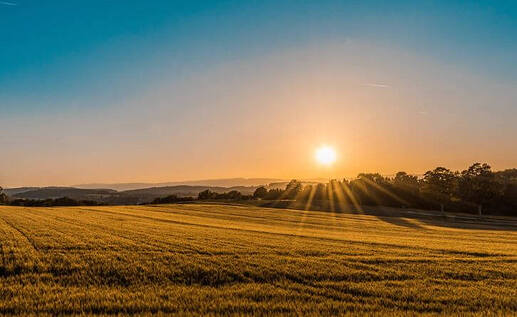 How to celebrate Imbolc

The return of the light is typically celebrated by making or lighting candles.

Since the weather is yet not ideal for outdoor gatherings, Imbolc celebrations are focused on the home.

This is a seed-spreading, candle burning ritual: 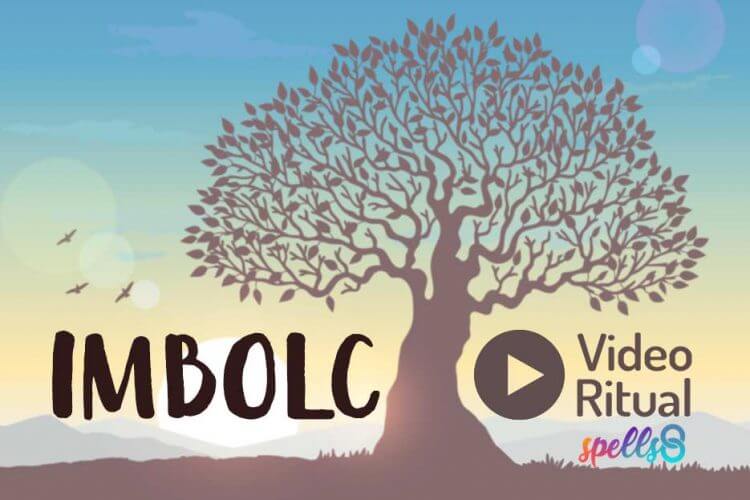 One of the most beautiful activities is the custom of arranging candles on all the windows of the house, starting on Brigid’s day’s eve.
Some practitioners like to make or bless all the candles they will use this year.

This idea of candle ​​preparation can also be found during the Catholic holiday of Candlemas (The name is still used by many of the witches for Imbolc). Not surprisingly, Candlemas took advantage of the purification aspects of Februa and it was also the date on the calendar when the Catholic Church blesses its candles for the remainder of the calendar year.

"I channel the energy of this day,
I invoke the purifying Light that shines on Earth,
I plant the seeds for all my Magical workings,
to grow inside these candles.
Anointing these candles one by one,
I ask that they be charged and blessed by Brig" 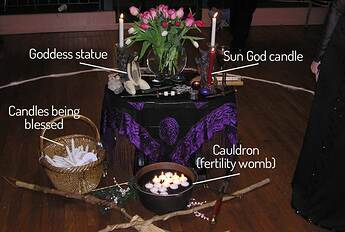 Fire and purification were an important part of the festival. The lighting of candles and fires represented the return of warmth and the increasing power of the sun over the coming months.

Holy wells were also visited at Imbolc, and at the other Gaelic festivals of Beltane and Lughnasadh. Visitors to holy wells would pray for health while walking ‘sunwise’ around the well. They would then leave offerings; typically coins or clooties (strips of cloth or rags). Water from the wells may have been used for blessings.

Brigid’s Cross: This was a small cross usually woven from rushes. Typically it has four arms tied at the ends and a woven square in the middle. 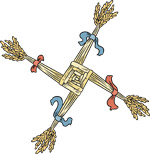 Traditionally, Brigid’s crosses were set over doorways and windows to protect the home from any kind of harm. The four arms of the cross symbolize the cycle of the seasons or the four Gaelic holidays celebrated in the Wheel of the Year. Another interpretation is that the cross is a solar symbol, hence its association with Fire.

A traditional symbol of Imbolc is a flame as Imbolc is a fire festival, and bale fires were usually burned in celebration.

Rowan and willow trees: Rowan represents protection and inspiration. Willow is sacred to Brigid and is a tree of dreams, deep emotions and spring.

Holy wells: The term holy well is commonly employed to refer to any water source of limited size (i.e. not a lake or river, but including pools and natural springs and seeps), which has some significance in the folklore of the area where it is located, whether in the form of a particular name, an associated legend, the attribution of healing qualities to the water through the numinous presence of its guardian spirit

Other Imbolc symbols are those related to the first signs of spring. These include the edelweiss, the sheep to signify the beginning of the season of birth, wool, swan feathers and eggs.

Aspects of the Divinities: The Goddess in her aspect of virgin and fertilizer. The God, in his youthful aspect and as a child Sun.

Date in the Northern Hemisphere: February 1-2.

Date in the Southern Hemisphere: August 1-2.

Have a Blessed Imbolc!

So much information. Thank you for this!

This is a lot of good information thank you