Those moon pictures are out of this world, @IrisW- thank you so much for sharing them!

Congrats on your lovely full moon ritual, and glad to hear things are going well for you!

How beautiful @IrisW! Even covered by clouds, the Moon is there!

My friend came to celebrate the Full Moon

with me. We drank chamomile tea, followed the Spells 8 ritual, and created a work of art to remind us of the sunshine on a cold dreary winter day.
We were inspired by Frederick written by Leo Lioni "Frederick" by Leo Lioni : Read-Along - YouTube.
I stayed up late basking in the moon light and got up early enough to watch Her dip below the mountains. 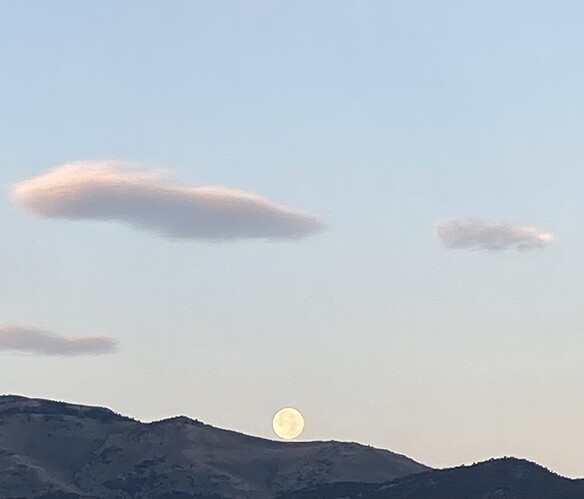 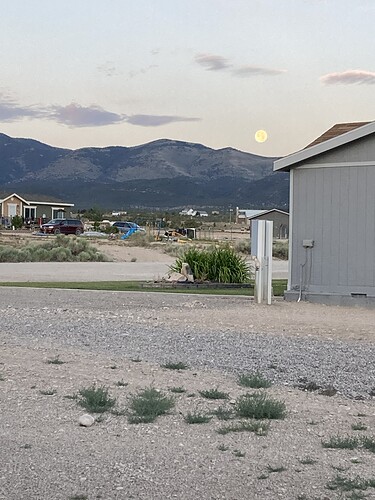 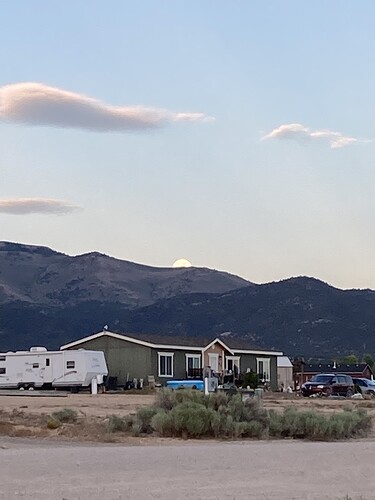 Do I look for a new Merry Meet post every Monday, or can I track this one and see it updated every Monday? It seems like it’s a new thread each Monday? Just checking.

Well, being the Master of Chaos that I am, Tuesday it came to me what I was doing on Wednesday for the full moon

I set up my altar with Brighid & Her citrine, garnet, agates, coins, & a white candle

in a pentacle holder. I also set up the Morrigan with quartz, the necklace with the spell charm, a raven

, & black tourmaline on it, Tiger’s Eye Triquetra, Selenite Athame, & a red candle along with a black candle in a triquetra holder

. Sage :herbs: incense was on there alongside the black candle.

I asked the Morrigan to guide Moonshine to the most comfortable place for him to be & I asked Brighid to assist him with healing & feeling at home. I did a meditation to focus my intent & left everything to burnout on their own while I was in my space.

I cleaned up the candle holders & incense ash with the holder & put them away. Everything else I left where it was.

Around dusk, I brought out my most used & most likely to be used crystals & jewelry or jewelry my daughter had in her room plus moon water with clear quartz in the bottle & all of my divination decks & runes. I also did a meditation

& I connected with my husband about some things that have been on my mind for a few days & then accepted some things I realized I had accomplished even if I had slowed down with life happening around me.

Another thing that happened was I started journaling a little bit again & I have been holding up boundaries that I never would have before. I also have been able to see my husband earlier in the day so when things happen with the kids, we are on the same page with what each other is saying in response to the kids with what it is they are trying to get us to do.

I know all in all it doesn’t sound like much, but for the better part of a year I haven’t done anything but put out crystals & decks & jewelry & moon water. So last night was very special to me & made me feel how far I have come in such an invigorating way.

(This is not going over well with the 13-year-old girl, the 20-year-old boy gave up last week after trying for a total of one day. She’s on month 3)

It seems like it’s a new thread each Monday?

I stayed up late basking in the moon light and got up early enough to watch Her dip below the mountains.

@crystal5 those pics are so pretty! The moon is fabulous in those! Thanks for sharing!

I know all in all it doesn’t sound like much, but for the better part of a year I haven’t done anything but put out crystals & decks & jewelry & moon water. So last night was very special to me & made me feel how far I have come in such an invigorating way.

It’s a lot! You’re doing so well, despite everything going on. And if I haven’t said already, my condolences on your recent loss. Losing a furbaby is hard on a person. I’m glad you did something special for him.

(This is not going over well with the 13-year-old girl, the 20-year-old boy gave up last week after trying for a total of one day. She’s on month 3)

She’ll learn! Eventually! Good luck until she does.

Thank you @Amethyst some days are better than others, but it was time. Today Alphie went to the vet for the first time since the pandemic to get updated on his wellness & shots & etc… he got a clean bill of health! I got outside again today too. I pruned some trees & plants, a couple of them need to come down to where they are manageable again

It felt really good to do something special & just looking at it, you wouldn’t necessarily know that it’s part of a dog’s toenail with the other things in there. I have been able to go on the back porch again. I had done a couple of things over the last few weeks to connect with him & I finally did the last time. I did what felt like it was the right thing to do for him right now.

I hope your full moon cold brew turned out lovely!

Once it’s launched, the new MMM is pinned to the top of the forum- it should be the very first post you see the next time you come to visit the main page of the forum

Wishing everyone a very blessed weekend!

I hope everyone is having a great week! It’s been and up and down one for me, mostly tired and really lacking energy more than I have in a while. But, I’m in the process of getting back in the gym SUNDAY, so I can get my energy in a healthy natural way. Blessed Be Everyone!!

@Jeannie1 love the tea pot idea. I have one and its great. I have to say tho i love my keurig for making my teas. But that’s bc im impatient. With the strainer cup theres no waiting for steeping.

Like i said im lazy and impatient. But the tea pot is great. I have a black stainless steel one to match my dream kitchen hubby did for me when i was permanently put out of work. Since he knew that’s where i would spend most of my time. Its my happy place

@Jeannie1 that works because I have a teapot that is iridescent, I thought about a black one to match my stovetop & backsplash but wanted some color.

I use it for tea rituals or as @Mistress_Of_Herbs said, I use my Keurig because… I’m working on patience. So much easier to let it come from the Keurig & then sit for a minute or two.

Chisteena,
That’s a great idea I know that the kureg gets the water at the perfect temperature and very soon I thought I was going to get my things out of storage but I am still waiting. I have a kureg too!
I really want to heat the water with hot water one that when you push the button it will get nice and hot in seconds and I want it to look good sitting on the lazy suzy or around it. I love the kitchen. I think I could say I am a kitchen witch!
The stainless steal tea pot sounds really nice! Sorry this is a late responce I had an anxiety attack for the full Moon I could not do anything but take a hot shower so yeah I cant wait to get a real nice tea pot!
Siofra_Strega
I see you use the Keurig too that is good I have one too and soon I hope ill get it! My hubby says next week we will go out of town to get my things. One minute is good timing ! Thanks for both of your feedback!
Jeannie

@Jeannie1 A lazy susan would be great and very pretty. But fast and efficient go for the keurig. But if u have time to just sit and enjoy the steeping aromas and take in the slender of the day then definitely the tea kettle. Also if u are into tea reading or want to pursue it. I wish u all the best. I would love to see pics of whatever u decide. Im soooooo happy for u on the new home.

@Jeannie1 also i know u said u have had some anxiety, and im super sorry to hear that. Maybe some of these blends will help 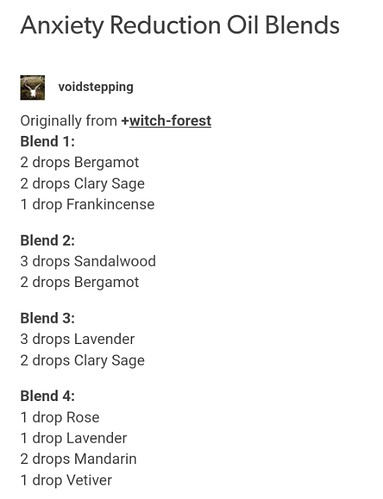 @Jeannie1 congratulations on the new home. I agree with @Mistress_Of_Herbs about using the Keurig, but I do have my moments where I want to use the tea kettle & let it steep on the counter. I guess it really depends on what I have going on at the time.

@Mistress_Of_Herbs, I’m going to have to go through my Pinterest rabbit hole & see what I have for essential oil recipes too! I bet we could swap out a lot of them with each other & the forum!

@Siofra_Strega oh my goodness yes. I have bunches. And tea recipes too. I was looking thru them last night.

Nothing but old news here! To find out what’s happening this week, visit Activities to find the current Merry Meet Monday news post