Tending Her Flame 🔥 Of the Element Fire

It has taken me some time to figure out how I want to participate in this challenge. I have thought about it off and on since it started and I think I just need to take it as a chance to reflect on fire and how I use it in my practice without going too deep.

Fire in my Pagan Practice

As someone who is working toward dedication to a Goddess of fire, I find it important to reflect personally on how I see fire in my path and practice. Brigid is a Goddess of the Forge, wielder of the hammer to shape Her devotees and followers for Her purpose. Sometimes we do not know what that purpose is, but She puts us through the fire nonetheless. 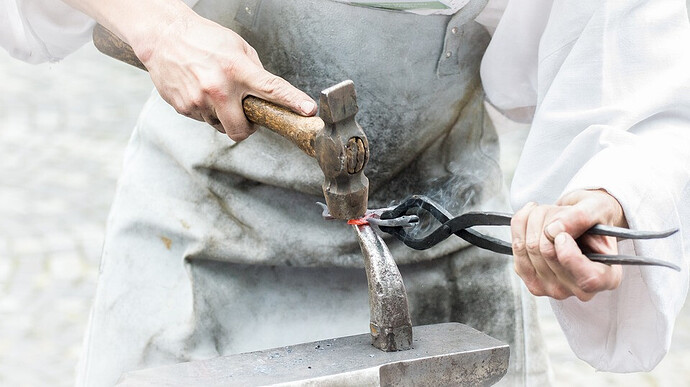 In many modern practices of those who honor Brigid, we do something called Flame Tending or Keeping the Flame of Brigid.

A sacred fire burned in Kildare reaching back into pre-Christian times. Scholars suggest that priestesses used to gather on the hill of Kildare to tend their ritual fires while invoking a goddess named Brigid to protect their herds and to provide a fruitful harvest.

When St. Brigid built her monastery and church in Kildare she continued the custom of keeping the fire alight. For her and her nuns the fire represented the new light of Christianity, which reached our shores early in the fifth century.

Gerald of Wales (Giraldus Cambrensis) a Welsh Chronicler, visited Kildare in the twelfth century, he reported that the fire of St. Brigid was still burning in Kildare and that it was being tended by nuns of St. Brigid. Some historians record that a few attempts were made to have the fire extinguished but without success. It survived possibly up to the suppression of the monasteries in the sixteenth century.

The sacred fire/flame was re-lit in 1993, in the Market Square, Kildare, by Mary Teresa Cullen, the then leader of the Brigidine Sisters, at the opening of a justice and peace conference. The conference, entitled “Brigid: Prophetess, Earthwoman, Peacemaker” was organised by Afri, (Action from Ireland), a justice, peace and human rights organisation, to celebrate the tenth anniversary of its St. Brigid’s Peace Cross Project. Since then, the Brigidine Sisters in Kildare have tended the flame in their centre, Solas Bhride. Source

I do this myself in a way. Almost every morning before I do anything else, I sit or stand in front of my altar, say a prayer if I feel called to, and light a candle for Her. Sometimes She also gets incense and She always has fresh water. Fire is my connection to Her in the physical realm. Fire moves me through the passion of life, the spark of inspiration, and the devastation and creation of shadow work.

The flame illuminates that which is hidden, burns it away if necessary, or adds clarity to the shadows I need to see. She is no shy Lady and will add fuel to the flame if necessary to bring you to your knees when you refuse to bend.

Fire in my Magic

Fire is my go-to element and always has been, even before I started down the path of devotion to My Lady Brigid. I guess it has always been the easiest element for me to work with, which is funny because I have a natural affinity for water.

Candles often litter the top of my altar for one reason or another. I have always kept a lit candle in my home no matter the season.

When working with fire in my magical practice, I prefer to set things on fire anyway because it is the quickest way for me to get results. I am the type of person who cannot always play the long game. Sometimes things need to happen right now and

I do not have many spells to share or meditations that I have relating to fire, but I can say that writing a wish on a bay leaf or even a piece of paper, holding it over the flame of a candle, and letting it be engulfed is one of the easiest things you can do to get in touch with the element of fire.

Oh, something else just popped into my head right now, and it is something I used to do when I was a kid. I have not done it in a long time, and I probably should start this practice up again, honestly. Fire manipulation – yes, you read that right. Fire is a type of tangible energy. It is alive, in a sense. I would not recommend this practice to anyone that does not have at least a basic grasp of their energy work because, well, working with fire can be dangerous and you should always practice Candle Safety

We often hear of a meditation technique where stare through a flame, but did you know that with enough energy work practice, you can actually manipulate the flame? This was one of my favorite things to do as a kid because it was exciting. Even though if I were to have told anyone, no one would have ever believed me

What I would do is sit down in front of a candle and take several deep breathes. This helps to regulate your breathing, calm yourself, and focus your energy.

Then stare at the flame gently. Do not hurt your eyes by staring too hard. If it is too bright or you need a break, take a break.

Send out your energetic feelers, as I like to call them, and feel the energy around the candle and the flame. If you can’t feel it at first, that’s okay. It can take a lot of practice.

Once you can feel the energy of the flame, focus your energy on suppressing the flame, making it shrink in size. See if you can get the flame to go out by itself - easier said than done, honestly. The best thing I can compare this to is that you are using your energy as a snuffing tool.

Form your energy into the shape of a bell and cover the flame gently. If it goes out, congrats! You did it! If not, keep trying!

Over time you may even be able to make the flame grow larger, although I definitely do not recommend doing this. Fire is volatile and unpredictable. You may end up with a house on fire and we do not want that. There are even those who can move the flame in different directions, making it burn horizontally instead of vertically.

However you connect to fire, I hope that you use it safely and wisely! 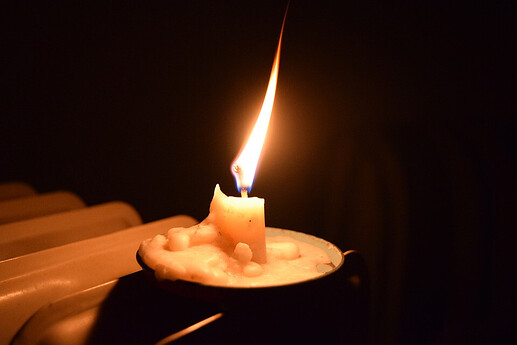 Thank you for sharing all that about your very personal connection to fire Megan!

Fire manipulation sounds especially exciting, and that you have been able to to that since childhood speaks to me of a strong affinity to the element, and also to energy work. I had no idea that’s even something a person could do!

But then, what I’ve been able to do with a candle flame is use my hands to first feel its heat and then go deeper from there… and from there use gentle and measured hand movements to make it a little smaller and then letting it return to its original size. I can also use the same technique to put out a match. It’s nice to hear that I’m not just being silly, and that you can even go beyond that!

Thank you for this deep and thoughtful reflection on fire in your practice, @MeganB- it was a delight to read!

I can tell this element is close to your heart and has a very special place in your practice. Beautifully written!

@MeganB, loved your post! I also have the same feeling about fire. Even as a kid I loved to stare at candles or fireplaces. When I have my own home, it must have a fireplace! I want a tiny home and somehow, the fireplace will need to be incorporated. I have to say I enjoyed this week’s challenge.

When I go camping, I love sitting by the camp-fire. This past summer I realized that the flames and smoke tend to follow me where ever I sit. Even my friend said to me, “Why does the smoke and fire follow you wherever you sit?” I told her, I’m not sure!
Never thought of practicing

manipulation. I will definitely try it.

Brigid has been my diety since I learned about her. She has been so helpful to me in my life, for the last few months. So extremely grateful to feel her presence. I say her prayer almost everyday. Sometimes I forget. However, she is my last thought before I sleep, and my first thought when I awake

Thank you all.
Blessed be

Thank you all for your kind words

This was beautiful, thank you for that look into your practice. One of my friends as a kid was the son of a volunteer firefighter, and he and I would play with fire like that in the back of the church when we were supposed to be paying attention. I always thought I imagined the flame flickering brighter, but now I don’t know, maybe we were manipulating it. It was so long ago it’s difficult to remember.

Amazing post with awesome information @MeganB. I really enjoyed it. It’s a great view of how it incorporates into your personal practice. Thank you.